Most Probable Questions for Prelims 2020 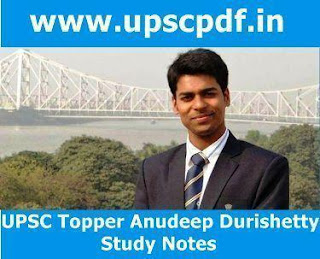 Qn 1). Which among the following sectors are covered by existing laws on Occupational Safety and Health (OSH)  under the National Policy on Safety, Health, and Environment at the Workplace (NPSHEW)?

Why this question is important?

Approximately 2.3 lakh workers affected and around  2,500 died in more than 81 industrial accidents in the past three-and-a-half decades. These sectors such as agriculture, services, and transport remain un-legislated from the safety points.

Qn 2). With regard to the Protection of Plant Varieties and Farmers’ Rights (PPV&FR) Act, 2001, consider the following statements

1. It is in conformity with the International Union for the Protection of New Varieties of Plants (UPOV), 1978.

Which among the above statements is/are correct?

Enacted by India in 2001 adopting the sui generis system.
It is in conformity with the International Union for the Protection of New Varieties of Plants (UPOV), 1978.
To implement TRIPs in a way that supports the special socio-economic all the stakeholders including private, public sectors and research institutions.
Why this question is important? PepsiCo India has agreed to withdraw its lawsuit against farmers in Gujarat whom it had accused of infringing its patent.

Now, farmer groups have urged the Gujarat government to not opt for an out-of-court settlement with PepsiCo as the Protection of Plant Varieties & Farmers Rights (PPV&FR) Act 2001 lets farmers cultivate any variety they like, including the patented variety of potatoes, say, activists.

Qn 3). Zero pendency Court project, has been recently initiated by which among the following?

A. Supreme Court of India

B. Ministry of Law and Justice

Learning Zone: It is a pilot project of the Delhi High Court.

It is one of its kind projects in India aimed to study the life cycles of cases to come up with optimal timelines for cases.

Why this question is important?

The aim of the project is to provide information on the judicial time required to dispose of a case together with the gathering stage wise details in each case.